This is great news and many developers expected changes which appeared in this version of the language. But Developers who uses Sublime Text with GoSublime plugin, expected an unpleasant surprise. GoSublime uses nsf/gocode package to make Sublime powerful IDE for GoLang developers. But it stop working because it doesn’t support the new Go package format.

If you want to fix it ASAP, you have to switch to development branch. 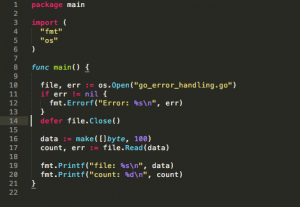